A famous story of Hazrat Abu Bakr Siddique is the one of about Cave Saur (or Ghaar-e-Saur).
The night Rasulallah ﷺ planned to migrate to Madinah, the leaders of Makkah set out to look for him. He informed Hazrat Abu Bakr that they would leave for Madinah that night, and so they set out on their journey.
Aware of the fact that the Kufar were on a hunt for him, Rasulallah ﷺ decided to take an alternative route.

On the way, he and his blessed companion Hazrat Abu Bakr Siddique decided to take shelter in a cave called Cave Saur.
Here they hid for 3 days.

Hazrat Abu Bakr ﷺ said, as narrated by Umar ibn Khattab, "I swear by Allah that you (the Prophet) will not enter the cave before I have done so, for if there is anything in it, I shall be attacked by it, and not you."

Then he entered the cave and swept it and found some holes in the side of it. He tore up a piece of his garment and plugged the holes with it. As there were still two remaining holes left, he thrust his feet into them and told the Messenger of Allah to enter the cave. When he had done so Rasulallah ﷺ laid his head on Hazrat Abu Bakr ﷺ's lap and went to sleep.

One of Hazrat Abu Bakr ﷺ's foot was stung by a creature in the hole, but he did not move for fear that he might disturb Rasulallah ﷺ and wake him up from his sleep.
The effect of the poison returned later on in his life, and was said to be the cause of his death.

Hazrat Abu Bakr's slave, Amir bin Fuhairah, tended the flocks of goats near the cave during the day and supplied them fresh milk in the night.

On the final day, the Kufar reached the cave that Rasulallah ﷺ and Hazrat Abu Bakr were in.
Hazrat Abu Bakr Siddique was full of worry for the safety of Rasulallah ﷺ, and the worry worsened when the Kufar were face to face with the two friends in the cave.
But Allah works in wonderful ways; a spider had spun a web across the mouth of the cave which not only helped conceal what was inside the cave, but also decieved the Kufar. They thought the web was old and came to the conclusion that noone had entered the cave in a long time.

Thus, the Kufar ended their search and Rasulallah ﷺ and his blessed companion proceeded on their journey to Madinah.

The exalted status of Hazrat Abu Bakr is such that he is mentioned in the Holy Quran for this incident:

"When the disbelievers drove him (Rasulallah ﷺ) out; he had no more than one companion. They were two in the cave. And he said to his companion: "Have no fear for Allah is with us". Then Allah sent down His peace upon him".

"When the disbelievers drove him (Rasulallah ﷺ) out; he had no more than one companion. They were two in the cave. And he said to his companion: "Have no fear for Allah is with us". Then Allah sent down His peace upon him". 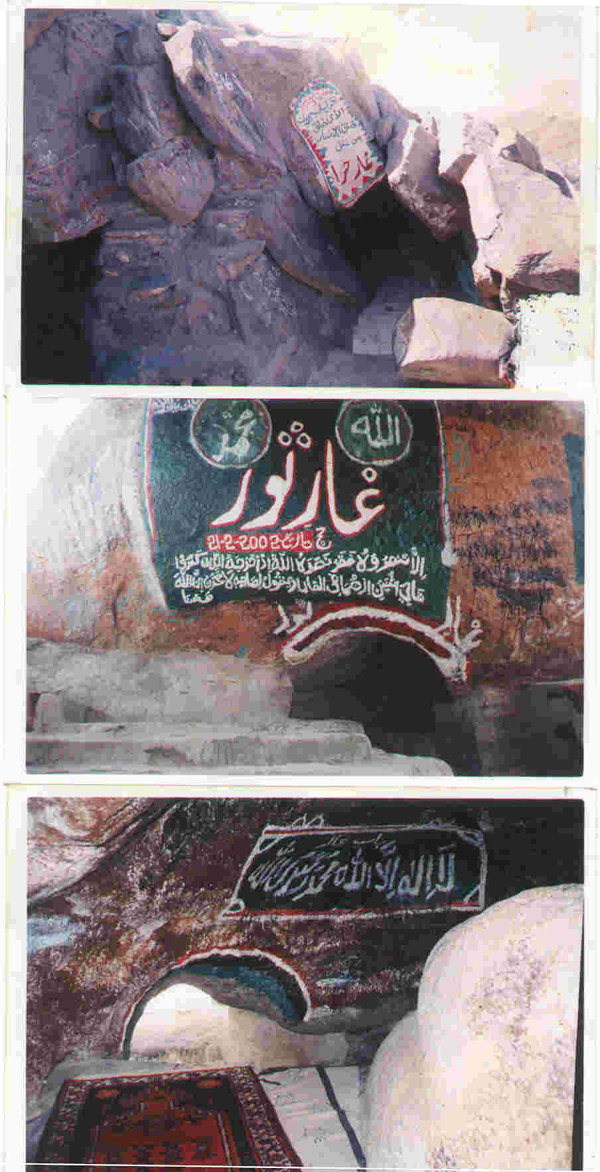